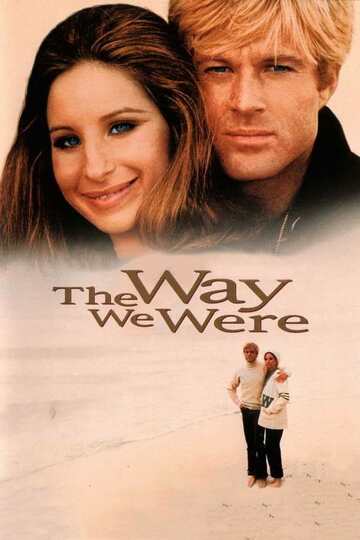 “Everything seemed so important then... even love!”

The often unlikely joint lives of Katie Morosky and Hubbell Gardiner from the late 1930s to the late 1950s is presented, over which time, they are, in no particular order, strangers, acquaintances, friends, best friends, lovers and adversaries. The unlikely nature of their relationship is due to their fundamental differences, where she is Jewish and passionate about her political activism both in political freedoms and Marxism to an extreme where she takes life a little too seriously, while he is the golden boy WASP, being afforded the privileges in life because of his background but who on the most part is able to capitalize on those privileges. Their lives are shown in four general time periods, in chronological order when they attend the same college, their time in New York City during WWII, his life as a Hollywood screenwriter post-war, and his life as a writer for a New York based live television show. It is during college that Hubbell finds his voice in life as a writer, and that Katie sees beyond his good looks to find a person with substance who realizes his position in a life as something that does not give him an inherent right to those opportunities. External world events, such as the Spanish Civil War, WWII and the House Un-American Activities investigation, do affect their lives directly, but it is how they deal with these effects personally, largely in relation to personal relationships - such as with Hubbell's long term friends J.J. and Carol Ann, the latter his college girlfriend - that may dictate if Katie and Hubbell are able to make it in the long term as a couple.

Where to watch The Way We Were?

The Way We Were is a drama movie featuring Barbra Streisand.

It is possible to buy The Way We Were on AMC on Demand, Amazon Video, Apple iTunes, DIRECTV, Google Play Movies, Microsoft Store, Redbox, Vudu and YouTube.

People who liked The Way We Were also liked

Journey to the Center of the Earth

The Count of Monte Cristo