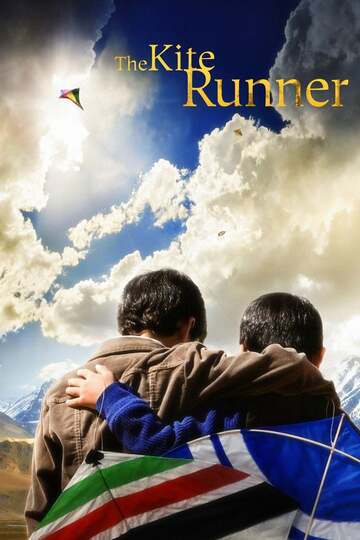 “There is a way to be good again.”

In 1978 Kabul, adolescent Amir Qadiri's best friend is Hassan, the son of his family's servant, Ali. Hassan will do whatever for the respect of his best friend. Among other things they do together, they compete as a team in kite fighting competitions, Hassan who is a natural runner in knowing where the cut kites will eventually land. Amir's family are "ethnically superior" Pashtuns, whereas Hassan's family are "ethnically inferior" Hazaras. Regardless, Amir's wealthy widowed father, who Amir calls Baba, considers Hassan the son he would have wanted as he sees Amir as being a weak minded boy who indulges too much in creative writing. When Amir and Hassan are confronted by older local bully Assef, it is Hassan who always stands up to him. In the face of what Amir sees as this lack of outward love from Baba to him, Baba's friend, Rahim Khan, provides Amir with that fatherly type assurance. On a day that should be the most triumphant in both Amir and Hassan's young lives and one where Amir may finally receive the respect from Baba he so craves, Amir witnesses an incident with Hassan, who is unaware that Amir saw what happened, that will forever change their lives. Fast forward several years to the San Francisco Bay area, where Baba and Amir eventually settle following the Soviet invasion of Afghanistan in 1979. There, they have led a working class life. Amir, the aspiring writer, eventually marries Soraya, a Pashtun Afghani like himself, who has lived a working class life in the United States after being in the privileged class in Afghanistan. In 2000, after Baba has passed away, Amir receives a telephone call from Rahim Khan asking him to return to Afghanistan for a special mission concerning Hassan's orphaned son, Hassan and his wife having been murdered by the Taliban. When Amir learns of his own family's history in the story, Amir does what he can to honor the memory of his old friend Hassan. He not only has to beware of the Taliban in general, but an old nemesis in particular who has only gotten more sadistic with age.

Where to watch The Kite Runner?

The Kite Runner is a drama movie featuring Khalid Abdalla and directed by Marc Forster.

The Kite Runner is currently streaming for free (ad-supported) on Kanopy and it's also available on Paramount Plus, Paramount+ Amazon Channel, Paramount+ Roku Premium Channel and fuboTV.

Dr. Strangelove or: How I Learned to Stop Worrying and Love the Bomb

Anchorman: The Legend of Ron Burgundy