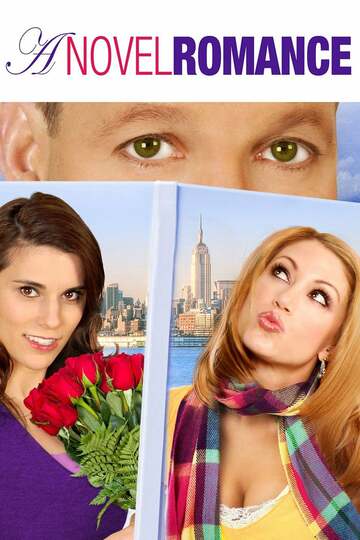 Budding novelist Nate Shepherd, late forties, and the young and beautiful Jenny Sparks, early thirties, meeting in a fancy New York City eatery. Complete strangers who have had a rotten day, waiting for their better halves and the rest of their parties, they reveal to one another that they are going to meet new people tonight. They quickly realize they are waiting for each other. Just as they begin to connect, Nate's girlfriend (Adi), and Jenny's boyfriend (Buddy) show up. Buddy rubs Nate the wrong way immediately, and we see that Adi is impressed with Buddy's stature and wealth, both of which Nate cannot compare. This dinner looks to be an uncomfortable experience for all. After dinner, both couples go home. Adi breaks up with a stunned Nate. It is obvious the biggest reason is money. At Jenny and Buddy's apartment, we learn their relationship is healthy on the sexual front. Unfortunately, it seems to be hurting everywhere else. Buddy's good friend is coming to New York City for a visit, although Jenny wants him to come with her to her cousin's wedding in Boston instead. Buddy considers the matter closed, and in an old-fashioned, sexist way, will not even discuss the matter with her. She rolls over to go to sleep, clearly saddened. Buddy's Los Angeles hipster friend, Sam Steele, comes to town toting a bag of drugs. While Jenny is away, Buddy and his pal play. At Jenny's cousin's wedding the phone rings with the news that Buddy overdoses. He is dead. Jenny is blown away with shock. At the memorial, Nate and Jenny bond once again, and it seems that only Nate understands what she is going through. Neither really knows where it's going to lead, but realizes that might not be such a bad thing.

Where to watch A Novel Romance?

A Novel Romance is a comedy movie featuring Shannon Elizabeth and directed by Allie Dvorin.

A Novel Romance is currently streaming for free (ad-supported) on VUDU Free and it's also available on Amazon Prime Video.

It is also possible to buy A Novel Romance on Amazon Video, Google Play Movies, Microsoft Store, Vudu and YouTube.

It's Kind of a Funny Story

Sex and the City 2

Whisper of the Heart